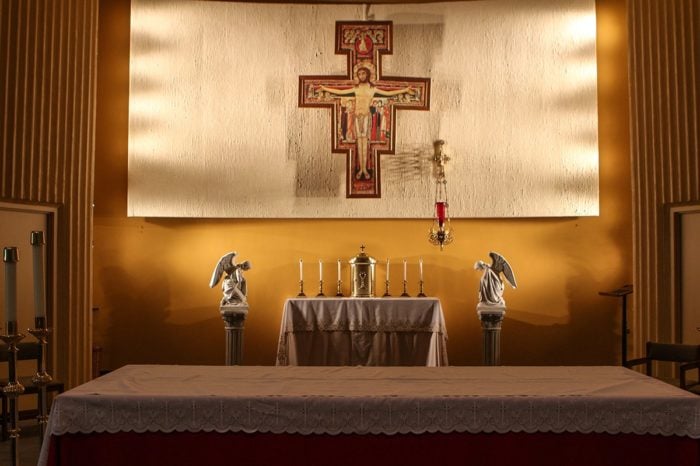 Sunday Mass cancellations and dispensations are now ubiquitous throughout the Catholic Church in the United States. During the weekend of March 14-15, over 20 archdioceses and dioceses experienced Sunday Mass cancellations, including in Washington, D.C., Baltimore, New York, San Diego, Boston, Newark, San Antonio, and Detroit. Many other cardinals, archbishops, and bishops have granted a variety of dispensations from Mass attendance for the Catholic faithful within their ecclesiastical jurisdictions.

In Italy, the Diocese of Rome and the Italian Episcopal Conference have suspended all Masses throughout the country until April 3. Masses had already been canceled in Northern Italy due to its coronavirus epicenter status. Mass cancellations are now taking place in varied places worldwide, including Japan, Italy, the Netherlands, and other parts of Europe.

In speaking with a European bishop whose country just suspended Masses for the near future, he reported that after weeks of isolated cases, the exponential spiking of Coronavirus that was seen first in China, and then Italy, is now happening within his own western European nation, which led to the nationwide suspension of Masses. Numerous international medical experts estimate that the United States is only a few weeks away from a similar bell curve spiking in CV.

For many Catholics in the U.S., it’s time to spiritually and pastorally prepare for Mass-less Sundays in the immediate future.

Here are four concrete ways that the Catholic faithful in the U.S. can spiritually prepare and “pray through” this purging period of Mass-less Sundays:

Through the difficult days ahead, let us keep Mary constantly in mind and heart—she who is the Mother of Jesus, the Mother of the Eucharist, the Mother of the Church, and the Mother of all peoples. Along with the ever-powerful prayer of the Rosary, I invite you to pray a prayer given by the “Mother of All Peoples” during her locally church approved apparitions in Amsterdam, (local ecclesiastical approval, May 31, 2002) during which Our Lady revealed the following prayer by which to specifically battle “degeneration, disasters, and war.” Surely, the Coronavirus pandemic now qualifies as a global disaster.

Let us invoke, and solemnly proclaim, the powerful intercession of the Mother of all peoples to spiritually respond to a lethal pandemic which is now, in fact, reaching all peoples:

Lord, Jesus Christ,
Son of the Father,
send now your Spirit over the earth.
Let the Holy Spirit live in the hearts of all nations,
that they may be preserved from degeneration, disasters and war.
May the Lady of All Nations, the Blessed Virgin Mary, be our Advocate. Amen.*

1To order, Jesus in You: The Indwelling of the Trinity in the Souls of the Just, go to www.markmiravalle.com.
*For free copies of the Prayer of the Lady of All Nations, email [email protected].