IN THE YEAR OF

Pope Francis surprised Catholics when he declared a Year of St. Joseph on December 8, 2020. St. Joseph is an important person in our tradition—saints and popes have testified to his greatness throughout the centuries—yet he’s largely remained hidden. Until now.

The lessons this spiritual father models are endless. Here are three for us today. 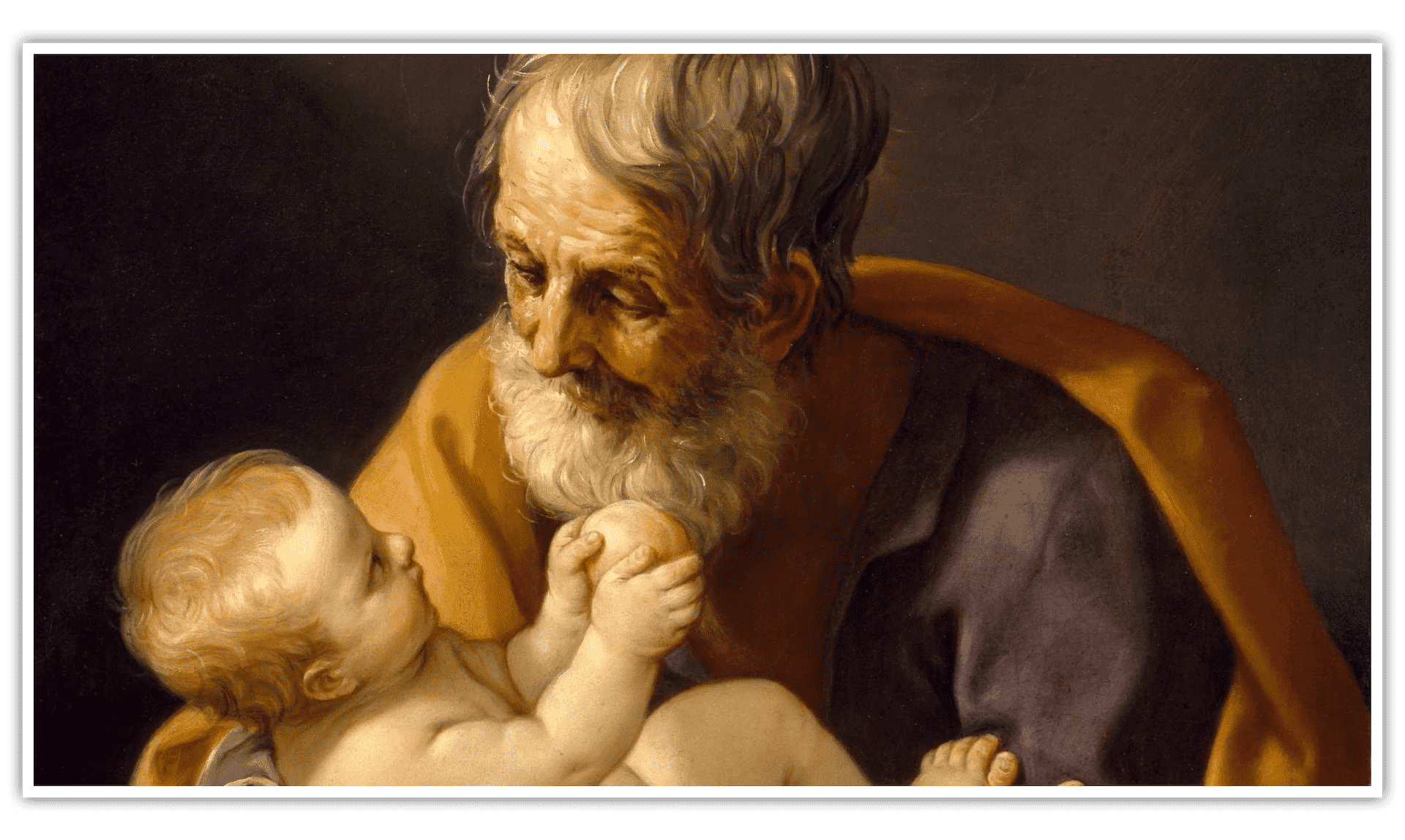 St. Joseph is a man of few words. Or, rather, a man of no words at all.

His silence in the Gospels is striking—especially when others who encountered Jesus and Mary were moved to speech. Elizabeth cried out in joy when the pregnant Mary approached. Simeon praised God upon seeing the Christ Child in the temple.

Yet St. Joseph’s silence speaks louder than any words that could have been recorded. He did something greater than speak—he acted. Even when St. Joseph initially decided to distance himself from Mary, “he did as the angel of the Lord had commanded him and took his wife into his home” (Matt. 1:24). Then, when God called him to flee to Egypt, “Joseph rose and took the child and his mother by night” (Matt. 2:14).

The only way St. Joseph could act so righteously, so selflessly was not because he could speak well. It was because he could listen well. He stilled his own voice until all that was left was the voice of God.

In Redemptoris Custos, St. John Paul II said St. Joseph’s silence “reveals in a special way the inner portrait of the man. The Gospels speak exclusively of what Joseph ‘did.’ Still, they allow us to discover in his ‘actions’—shrouded in silence as they are—an aura of deep contemplation.”

In our modern world filled with noise, silence is seen as passivity or weakness. But St. Joseph shows us the strength in silence. If we, like St. Joseph, can quiet our own voice, we can hear the Lord’s quiet promptings. We, too, can become great actors in his divine plan. 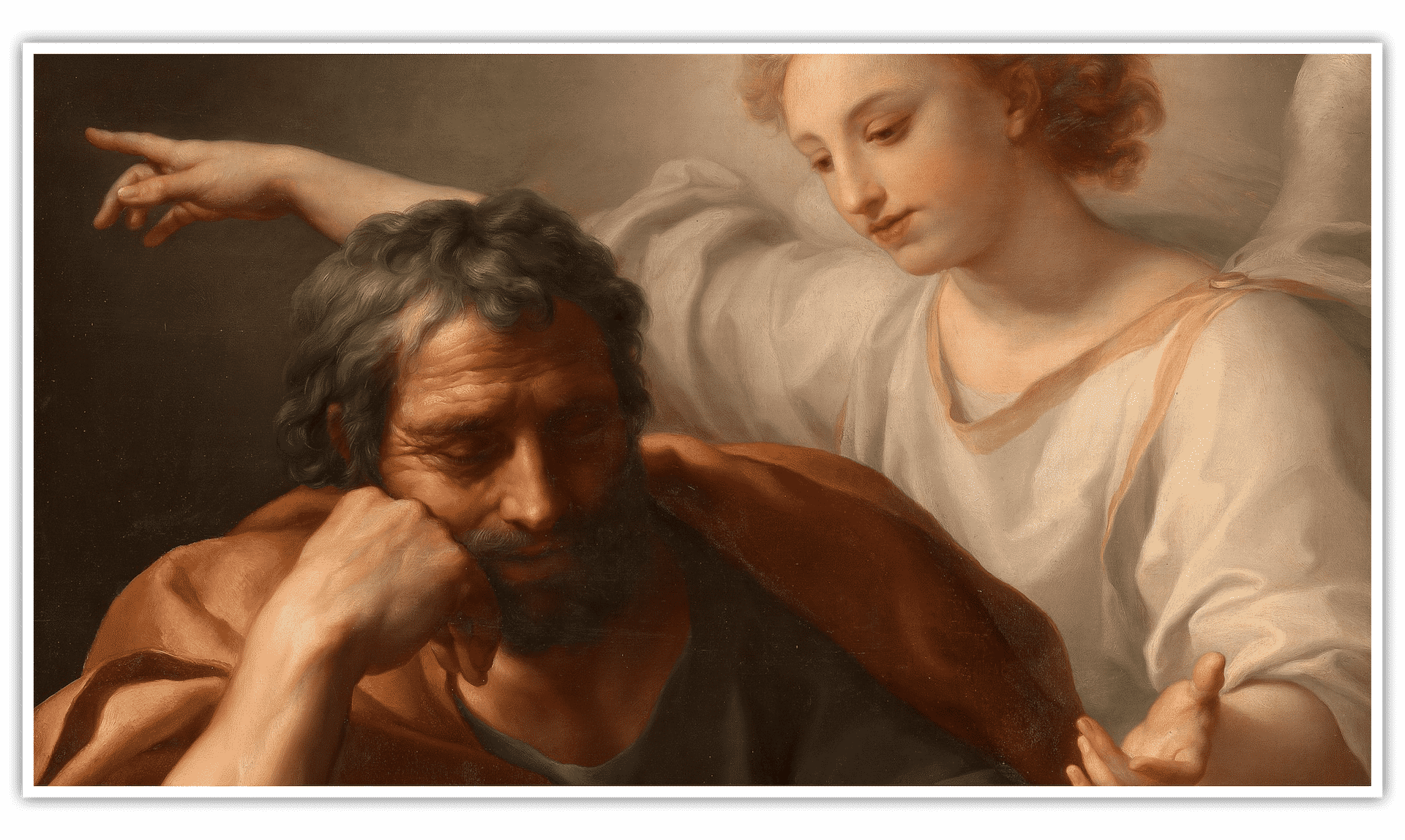 Sin is saying, “I want what I want, and I want it now.” Instead, St. Joseph surrendered to whatever God wanted, whenever God wanted it.

“If you want to know St. Joseph’s obedience,” said St. Jósef Sebastian Pelczar, “look at how he rose at night at the angel’s voice and, giving no care to hunger, hardships, or cold, went to Egypt where he led a hard life until the next command of God.”

God didn’t shed light on his entire plan for this humble man. God only illuminated the next right step. And St. Joseph had the profound obedience of faith to take that step. 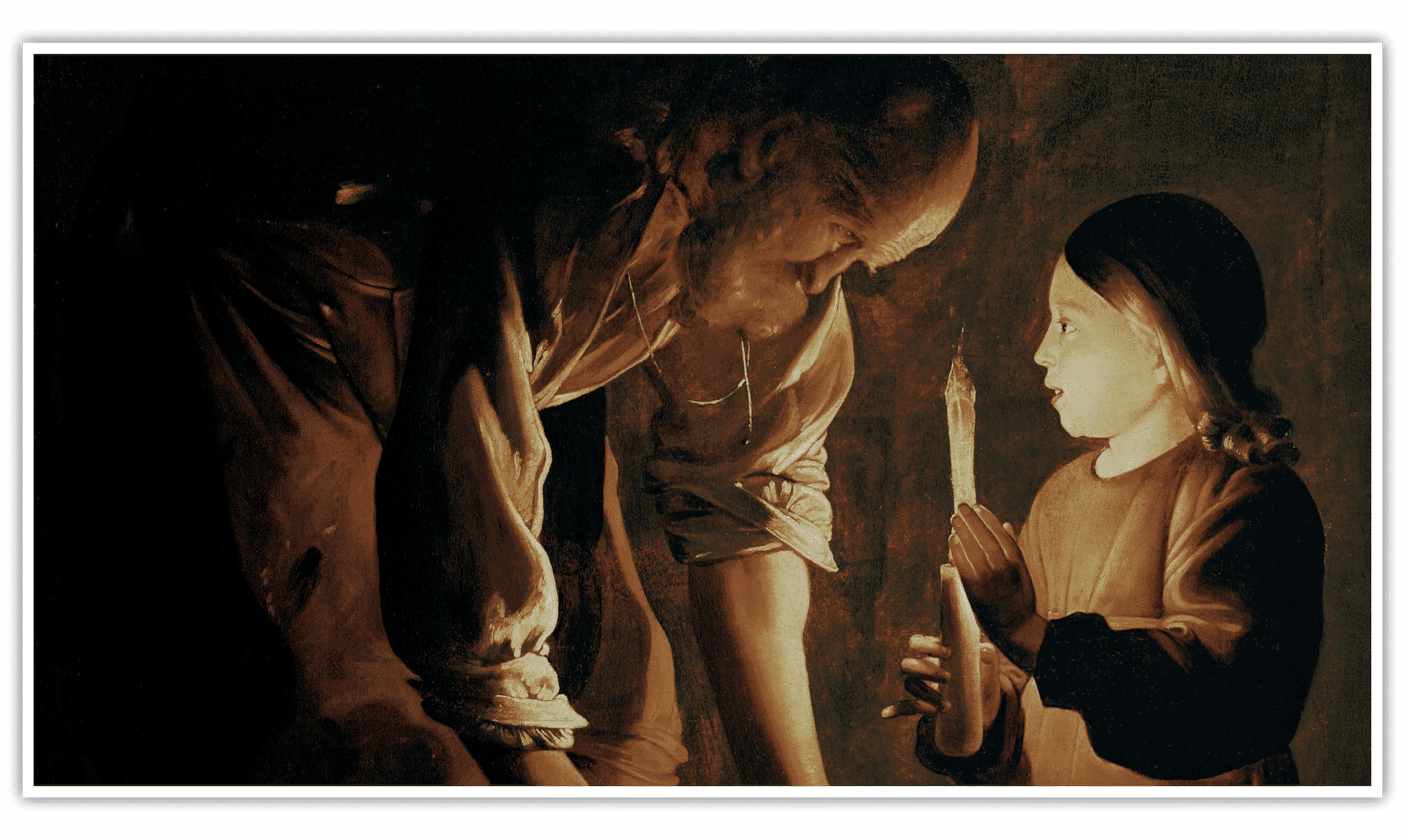 Looking at some saints’ lives can be discouraging. Most of us aren’t going to be heroic martyrs or world-traveling missionaries. Most of us go to work, raise our families, and lead remarkably ordinary lives.

Good news: St. Joseph did the same. The saint honored as Spouse of the Mother of God, Protector of the Holy Church, and Terror of Demons was a poor Jewish workman.

In his homily, “In St. Joseph’s Workshop,” St. Josemaría Escrivá said that St. Joseph’s life “was simple, ordinary and normal, made up of years of the same work, of days—just one day after another—which were monotonous from a human point of view.”

St. Josemaría Escrivá continued, “The ‘miracle’ which God asks of you is to persevere in your Christian and divine vocation, sanctifying each day’s work. . . God waits for you there.”

St. Joseph shows us that, when done with love and prayer, the work we do in our families and workplaces can be a path to sainthood. Jesus no doubt watched his earthly father at his workbench. Even today, the simple and hidden tasks that we do are not hidden from God.

Go to St. Joseph this year. He’s a quiet saint, a humble saint, a simple saint. But entrust yourself to his care and protection, as God entrusted Jesus and Mary. You’ll find St. Joseph is one powerful, spiritual father who will always protect you and lead you closer to Our Father in heaven.

Remember, O most pure spouse of the Blessed Virgin Mary, my sweet protector, St. Joseph, that no one has ever had recourse to thy protection or implored thy aid, without obtaining relief. Confiding in thy goodness, I come to thee, and humbly supplicate thee. Despise not my petitions, O foster-father of the Redeemer, but graciously hear them. Amen.

For additional resources on how to honor the Year of St. Joseph, view the special plenary indulgences decreed by the Apostolic Penitentiary.

You can also learn more about St. Joseph in Consecration to St. Joseph: The Wonders of Our Spiritual Father by Franciscan University alumnus Father Donald Calloway, MIC.